Multipod, multipotentialite, Scanner, Renaissance person – what do all these terms actually mean?

You may have seen them thrown about or mentioned, and they’re definitely more commonplace now than when I first discovered the concept, but if you’re still somewhat at sea for a definition, here’s mine:

Multipod, (n.): Someone who thrives on many interests, projects and passions, simultaneously, cyclically or one after another.

Have you ever been told you’re flaky, called a dilettante or criticised for not finding or choosing a Thing? Does the idea of doing just one type of job for the rest of your life make you feel panicky, trapped and anxious?

Does it sometimes feel like you don’t fit into the world and you’re a bit broken because you can’t face choosing one thing and letting all the rest go?

If you are someone who shifts what they do often, has an ever-changing smorgasbord of jobs, hobbies and projects, and haven’t settled to one thing (or have settled for one thing and often feel trapped and panicky), there is a really good chance you’re a multipod.

We are literally wired differently – we thrive on many things, and we wilt if forced to focus on just one.

This discovery, several years ago, utterly changed my life, and since then I’ve been on a mission to help others discover the concept, so they don’t feel broken.

In a world made for specialists

Our society, particularly in the work world, is geared up for specialists – people who do just one thing for their whole professional life. For someone who has found their Thing (good examples are often medical professionals, scientists and people with those slightly obscure jobs you can’t actually articulate or describe), this is perfect.

For those of us who are a bit magpie like, whose attention is often caught by something new and exciting, who love learning for the sake of learning rather than to continually advance knowledge in the same area, and who are definitely adults but haven’t found their one Thing… it’s hard.

Changing jobs regularly is frowned upon (I was told you must stay at least two years in any job in order to be taken seriously – I have ignored this advice, but people still think it’s gospel).

If you’ve ever made noises about changing career or retraining to do something different when you’re already qualified for something, I would put money on someone having asked you why you are “throwing away” your existing career & expertise.

Ok, so I might be a multipod. What now?

Just knowing can help still the flutters of panic and unease you might have been feeling your whole life.

Next is to work out what kind of multipod you are. There is a wonderful book by Barbara Sher which describes different types of multipods (or Scanners as she calls them), which vary from the Plate Spinner who does a seemingly unfeasible number of things side by side, making onlookers wonder how she achieves it all, to the Deep Diver who does one thing to a master level, and then moves on to something completely different.

In between are others, and I highly recommend the book for understanding yourself and how you work – you’ll find that you recognise some traits and not others.

I’m a combination of a plate spinner with some cyclical elements – there are many things I do simultaneously and constantly (photography, writing, my businesses, dancing), along with some things I return to again and again, but with gaps of sometimes years in between (rollerskating, baking, singing, jewellery making).

You can still be a master of something

A really popular caricature of multipods is “Jack of all trades, master of none”. This is absolutely not true.

While many multipods have a fairly shallow depth of knowledge about a very wide range of subjects, some have just a few things which they are exceptionally knowledgeable about. And others still are among the world experts in their field before they shift to a new field.

Being a multipod doesn’t mean not having a talent or speciality, it just means that you live your best life when not constrained by societal expectations of picking one thing and doing it forever, because you shine in multiple areas.

You might be bad at some stuff you love to do

Another misconception of multipods is that they are specialists in everything they love or they do.

That’s also not true – one trait of many multipods is that we’re excellent at being beginners at something – because when there are so many things out there in the world to try, we get good at not being the best very quickly.

Stop when you’ve got what you needed

Perhaps the most crucial of the lessons learned from multipoddery is that multipods stop when they have got what they needed from a particular activity or job.

This trait often leads to people writing us off as commitmentphobes or people who never finish anything, because we very often don’t finish, to society’s standards, things which we start.

But people get joy and satisfaction from different parts of the process, and multipods are unlikely to keep bashing away at something which has stopped serving them. (Bear in mind that for a specialist, keeping going is part of what serves them, so this is not a criticism!)

For example, I absolutely bloody love having new ideas and planning the beginning stages of a project, and I love the initial creation. But beyond that, I get bored and want to move on. If it’s a passion project or a hobby, I will absolutely put it down and start something else instead, which makes people think I am a bit flaky. In business there is a point at which I like to delegate, and recognising this has made my businesses much more streamlined and successful.

In fact this particular characteristic is one of the things which makes me so good at what I do, and photography such an absolute joy, because each session gives me planning, discovery and creation in a fairly short space of time. Recurring clients mean more in-depth planning and getting to know their businesses even better, and it’s a great example of how a multipod can bloom and help others thrive.

So there you go – a whistlestop tour of a multipod. Does this resonate with you, or does it make you feel like you’re reading something written by another species? I’d love to know!

I could write about this all day, but I’ll leave it there. There is a short list of resources at the end of the post over here, and I’m working on making a proper library for these.

Multipod Issues is a new and irregular series about life & business as a multipotentialite, sparked by some conversations and recurring themes that have come up recently. If you have a multipod issue you’d like me to write about, drop me a note – hello@carlawatkins.com

Need a photographer for your business(es) who understands the scanner / Renaissance human / multipotentialite thing?! I’m your girl! 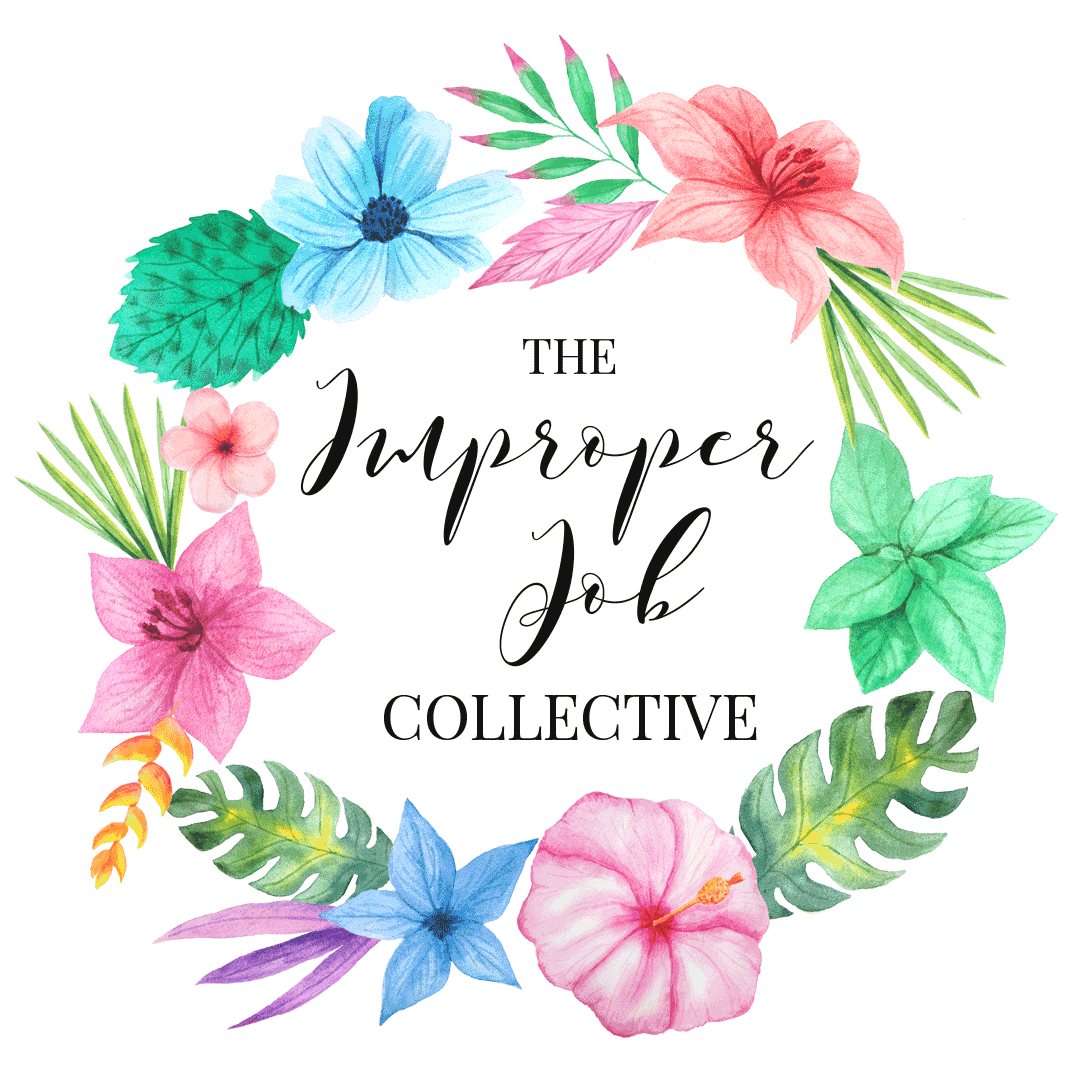 Come & join the Improper Job Collective - we get it!

Any cookies that may not be particularly necessary for the website to function and is used specifically to collect user personal data via analytics, ads, other embedded contents are termed as non-necessary cookies. It is mandatory to procure user consent prior to running these cookies on your website.